We all have childhood heroes don't we? Someone we wanted to be like when we were young and wide eyed and such, someone that was the embodiment of who we wanted to be, and who we idolized. Everyone had one at some point in their lives, and anyone that says otherwise is a liar. Now I've joked over the years about who mine really is, some people think its either Grimlock or Rodimus Prime from the Transformers, or Don Quixote from The Man of La Mancha, or Doctor Who, given how my personality is alot like the character's portrayal by both Chris Eccleston and David Tennant, and though I have been a huge fan of Doctor Who, they are wrong. There are many other guesses that I get, but those are the ones that are most prevalent among most of the people the subject comes up with. But they are wrong. My real childhood hero is someone, though fictional, is abit obscure by today's standards, and i guess I don't mind that, but still, to me, this guy is the greatest thing ever..

You see, my hero, the man I've wanted to be like my whole life, is a space pirate by the name of Captain Harlock. One of the magnus opuses of Leiji Matsumoto, an anime creator who is often overlooked or forgotten outside of Japan, most would recognize his work Space Battleship Yamato, called StarBlazers here in America, and don't get me wrong, Starblazers is awesome, but for me, there is nothing better then Captain Harlock, and his crew aboard the Arcadia. After all, how awesome is a massive crew of space pirates dressing and acting like its the era of pirates on Earth, speaking victorian english and flying through space in a huge space ship thats basically a giant switch blade knife? I mean that just drips puddles of awesome and win everywhere it goes, nah, not puddles, lakes, lakes of awesome and win, thats more correct. Harlock was just such a great character, a long coat, dark hair the was long and covered an eye in the front all mysterious looking, and was the ultimate smooth criminal, the kind of guy you knew not to cross, but was just too cool to stay away from, even if you knew it would be for your own good.

Here in America we had very little knowledge of Harlock and his story, only really having very small regional airings of a series called "Captain Harlock and the Queen of a Thousand Years" which was sort of a copy and pasted together amalgamation of the series Space Pirate Captain Harlock and the series Queen Millennia, which made for some super strange copy and paste stories, because though in a similar style and universe, the two main characters, never actually share any time on screen together, it was kind of a mess and only lasted one year here in the states, and wasn't really shown in many markets, lucky for me, growing up in the Boston television market, which is known for its independent channels supporting early anime, I was able to see it, and enjoy it to a degree that it still sticks with me all these years later. On a similar note, the Boston market's indie channels supporting early anime is why i was lucky enough to see the rather infamous "Force Five" series, which only aired in the new england market and Virginia, and later two networks in Texas for a short time, its concept was a rotating line up of five different early anime everyday, and featured afew other creations of Leiji Matsumoto, and some other shows that went on to become legendary animes that were never aired here in the states outside of that show, but thats a story for another time.

I'm sure alot of you might be puzzled by why I love the character of Captain Harlock so much, sure, on paper he doesn't look like much, an early space pirate with a style thats been duplicated many times over the years, and a personality that has been as well, and I can see why many would assume that, but you have to understand, for me, its way beyond that. Its a far deeper reason as to why I love the character, and why I've wanted to be him for most of my life. You see, it all started in 1985, with my father, the man that first introduced me to anime, but, it goes deeper then that, see, to me, Captain Harlock is the representation of who, in my mind, I saw my father as. 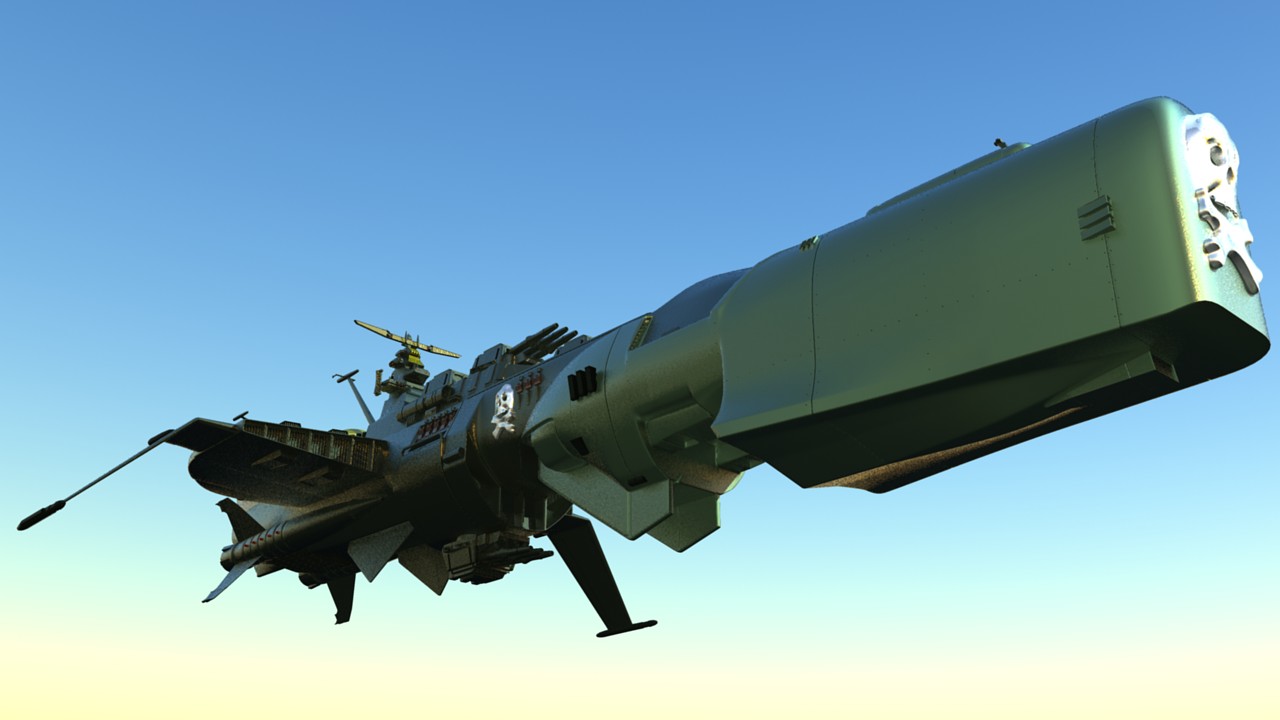 See, to understand what I mean, you have to understand the kind of man my father was, when I was young, he was the coolest man on the planet. By the time I was born, my father had straightened out his addiction to cocaine and pot, and had become something so much more then just a former addict trying to do the right thing so he can be a good father, my father was magic. He became what the modern vernacular defines as a geek; a brilliant man who was fascinated by things others saw as silly or not really "adult matters", my father was a huge fan of animation in all its forms, he loved cartoons of all sorts, he loved claymation, and puppetry, he also loved movies, and television, and music, all from all over the world. He loved to play with toys too, and though I don't admit this enough, I became the man I am today because of him. I can remember saturday mornings, back then saturday mornings were the time when the best cartoons were shown, oh sure, during the week you'd catch some really good ones, transformers and the like, but for the new england tv market, the indie channels on saturday morning where the place to be. And they're some of my most fond memories.

I remember my father would wake me up about 6am so we could both shower, get dressed and eat breakfast in time for 7am, when the magic would start. we would let my mom sleep in, because saturday mornings, those were our time. I remember it vividly to this day, channel 68 WQTV, their line up consisted mostly of early anime, with some mostly forgotten 1960s and 1970s kids aimed shows near 11am. I still remember the line up, and as we'd sit there enjoy our way through reruns of Kimba The White Lion and Speed Racer, and first run series at the time like Battle of The Planets, Voltron, Robotech, and then StarBlazers, it would then be time for Captain Harlock and The Queen of 1000 Years, and thats when both of us would stop fidgiting about, and laughing and joking, and just sit and watch. Harlock was my dad's favorite, he would always talk about how cool his ship, The Arcadia was, and how awesome Harlock himself was, and how he thought Queen Emeraldas was the most bad ass woman pirate there had ever been. I didn't really pick up on all of what he was saying back then, but in time, as I got older I would understand all of what he said. Looking back, I think my father knew that I would grow up to have the same affection to the character that he did. Looking back, I think he encouraged it, infact, I still have the toys he bought me of the ship when I young infact.

I know alot of people might find this silly, me transplanting the image of my father into a fictional character, but, it isn't really. See, I didn't know it at the time, but my father was a schizophrenic, and what I thought as a child was just someone that enjoyed life and enjoyed things that most would see as childish, it was because in his mind, he kind of thought he still was a child. And when I was 10, my dad's mind finally snapped, and he went from being the brilliant, playful, joyful man he was, to a dark angry violent man. And he stayed that way until the day he died back in January. I guess, to deal with it all, I transfixed the man that i saw as my father, onto the character he always wanted to be, and always acted like, which is why I grew to be such a huge fan of Harlocks. I guess its a way of me, making sense of all that happened with my father as I got older.

Its funny, through all the bad things became with him, I never lost all of the things he taught me, all the joy and wonder, and magic, and all the other things about this world of Entertainment that I loved so much that I make a living in it now, its all thanks to my dad. And I know that now that he's gone, and that he's cured of his mental illness, I think he's proud of me.. And I think he'd laugh at the fact I have friends who look alot like the characters from Captain Harlock.

So, I guess I just felt like sharing that. I'll be back tomorrow with something else maybe, and definately on Sunday for torrents, I might do anime movies, i'm not sure yet... I'm still thinking about it, anyway, i'll see you all then.

Oh and if you haven't checked out Captain Harlock, all his different shows to date, or the many sibling shows; Space Battleship Yamato, Queen Emeraldas, and the others which I can't remember at this moment, you should, they're pretty awesome in a retro kind of way.